From the biggest to the smallest


Here are some of the Clysedales I work with, there are a couple from Kent where they are working horses who compete in ploughing competitions. The two bays are riding horses from Brechin in Scotland and the flaxoned maned horses are Belgian Draughts from Arizona called Yosemite and Sam. 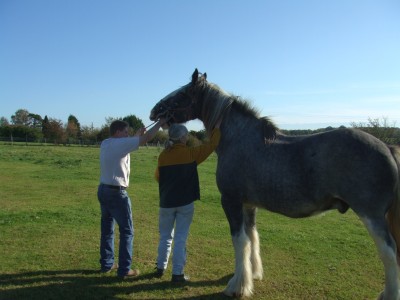 I have a number of clients with minatures. Here are a few minatures Shetlands from the East Lothian area of Scotland. 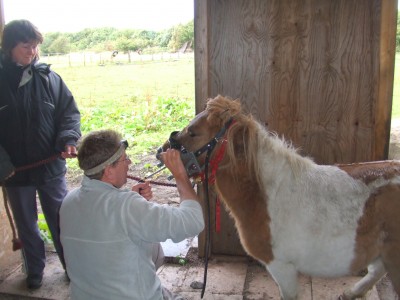 Sometimes I see some terrible cases of neglect or poor dentistry where the horse is suffering, but in the majority of these cases it has been from a lack of knowledge. The owners were unaware of the problems their horses had as they had never received any form of education about the benefits of good dental care. I take the time to explain what is right as well as wrong and how we can prevent any problems from coming back.


The first of the three pictures above shows excessive wear and damage to the corner incisor. The second picture is me working to correct the problem and then we have the end result. The pictures below show excessive tartar buildup on the lower canines and the teeth after it has been removed. 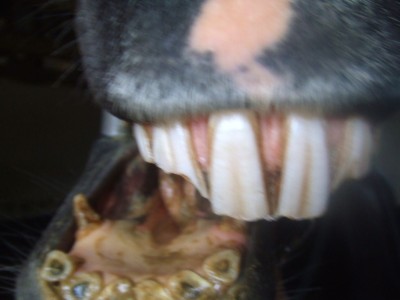 The pictures below are the before and after shots of a horse with an overbite. He had been seen twice previously but he had never had his front teeth checked or worked on before. I was told he was very aggressive when fed, this aggression was really frustration as he could not eat properly and the shape and length of his incisors did not help. After 45 minutes work on the front teeth we had a much happier and friendlier horse, who could eat much better. A week later we carried out corrective procedures on his back teeth and now he chews properly and has started to put on weight.

The first picture is a speculum. It is used to safely open the horses mouth up so that I can carry out a thorough examination of the dental arcades before I carry out any corrective procedures. It also allows the client to see what I am doing to their horse and should they wish to, allows the owner to check their horses teeth before and after I complete my work. I am using a jeffries gag on the grey pony, it allows me to keep the back of the mouth safely open whilst I carry out some corrective work on the canines.


Here we have what may at first appear to be a misshaped No 2-3 incisor. The shape is part of the natural development of the tooth. This hook first appears when the horse is between 7 and 9 years of age. It comes back between 11 and 13 and again for the final time between 21 and 23. When used in conjunction with the Galvaynes groove it can give us a good idea of the age of any horse. In this case the horse is 12 years old.

This is a 2 year old colt with quite a severe problem with his upper jaw. It is going to be very important that we keep his dental arcades balanced correctly in the future so that he stays fit and healthy. At the moment we are keeping him out for as much time as possible to encourage him to use his incisors and lower mandible as much as possible.